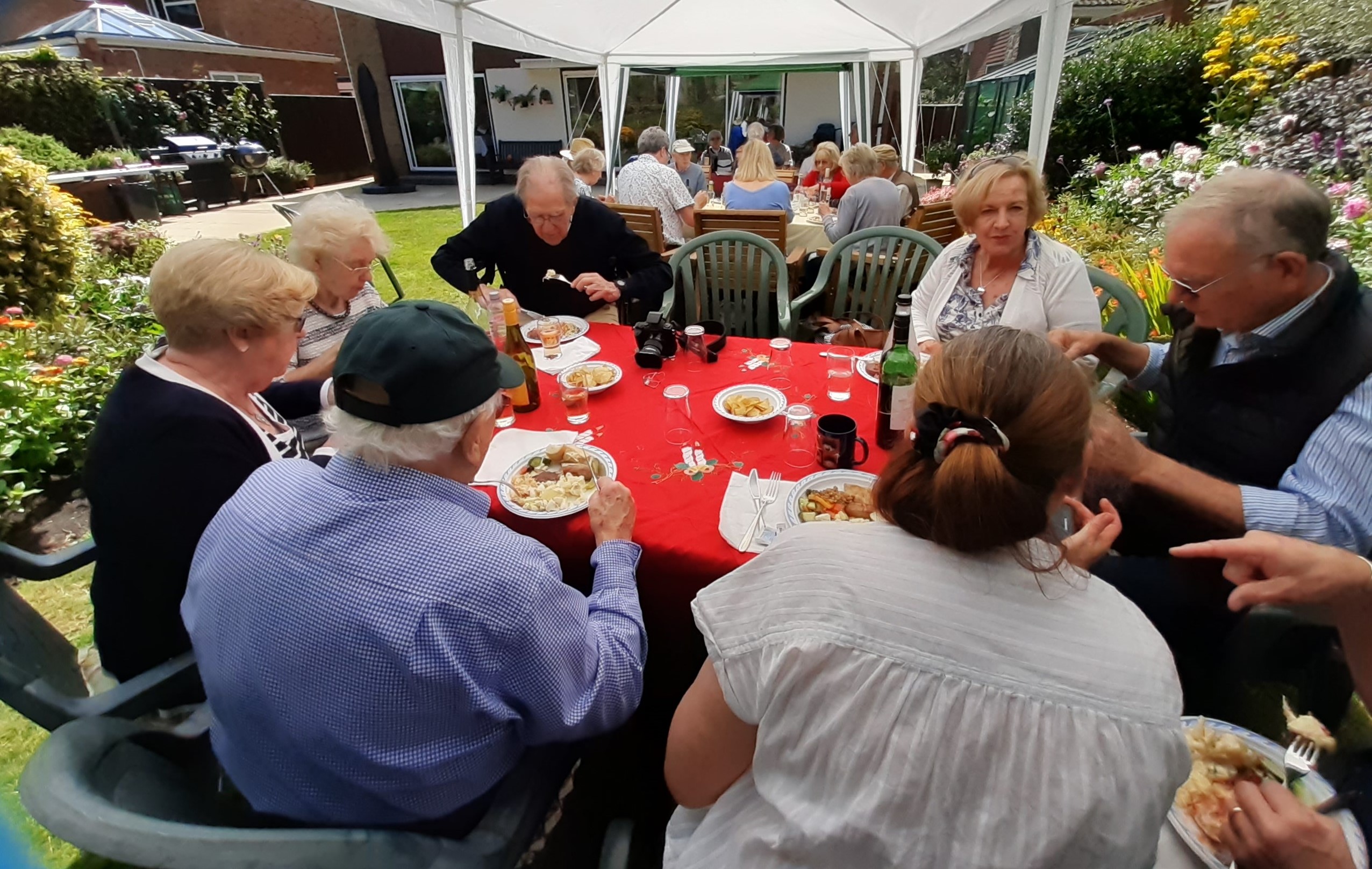 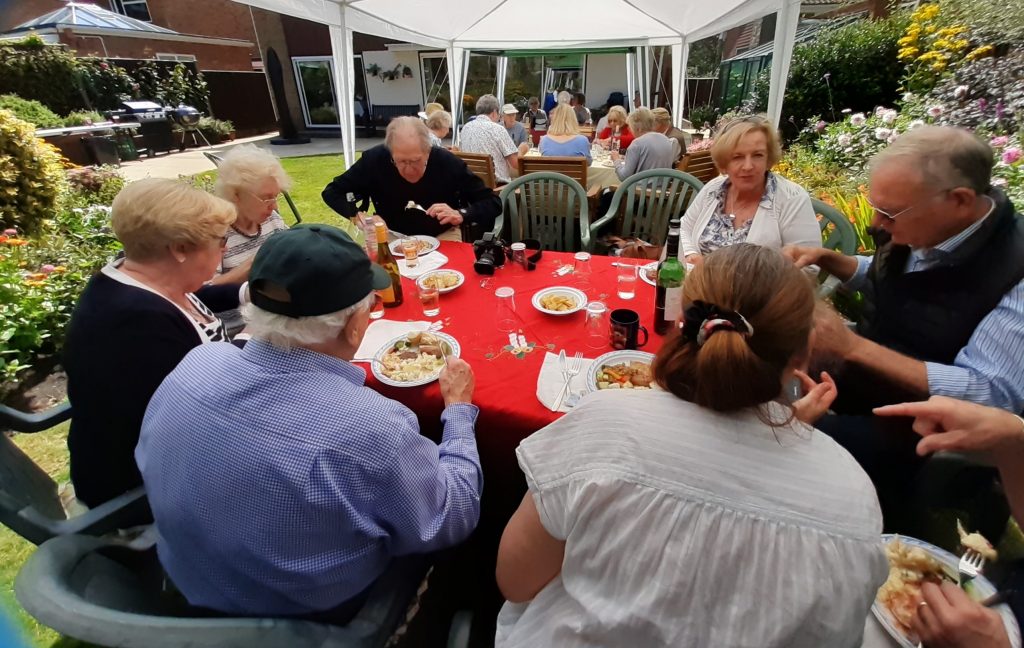 We started our club weekend with the car festival in Camberley yesterday, a very, very little of that later, and today we had our climax of the BBQ, with many thanks to Jean and Roger for hosting, ably assisted by Janet, Mike, Jenny, Andrea and Bernard, and sincere apologies to anyone whom I’ve missed.
Today the rain held off for the event, but not during Friday night/Saturday morning, where the main awning blew over and travelled several feet into the flower bed during the wind and rain, to be rescued by our hosts also during the wind and rain, and then tied down with heavy chairs and the gas tank from the BBQ burner! Amazingly none of that was visible today though, the sun shone for most of the time, the food was ample and delicious, (also gluten free options, thank you from those of us who have to take that into consideration), and the conversation nimble, ranging from holidays in France and Namibia, (Mike and Evelyn Morley and Jean and Roger), very briefly Brexit, electric bikes and scooters and their regulation, gardening, trees, and somewhere in between CC competitions. I’ve added some images below, my apologies if you aren’t in them and wanted to be. 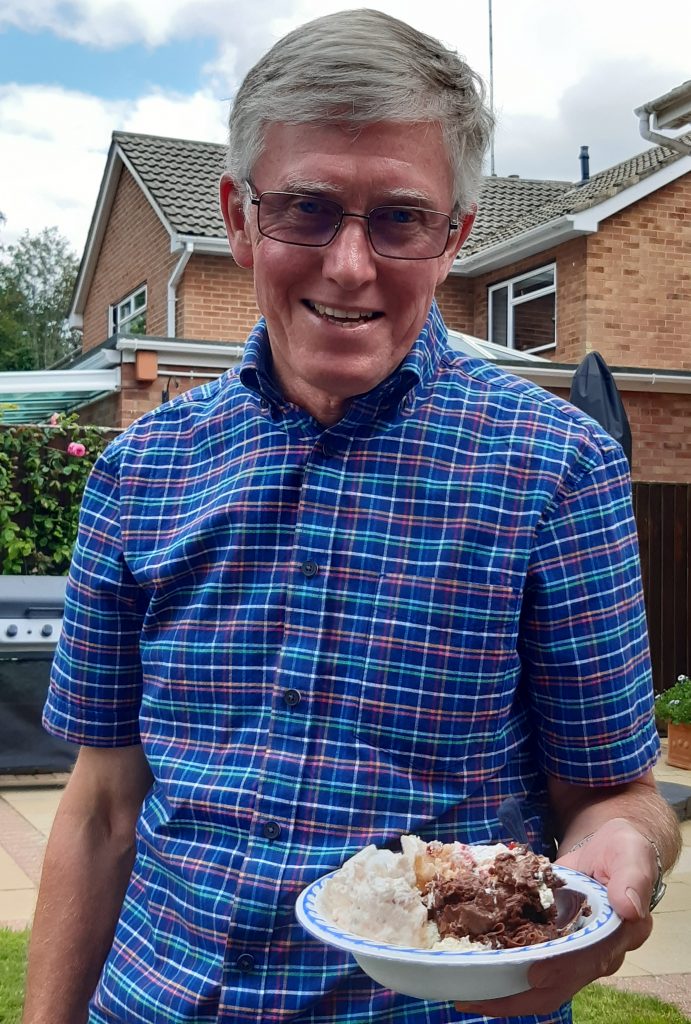 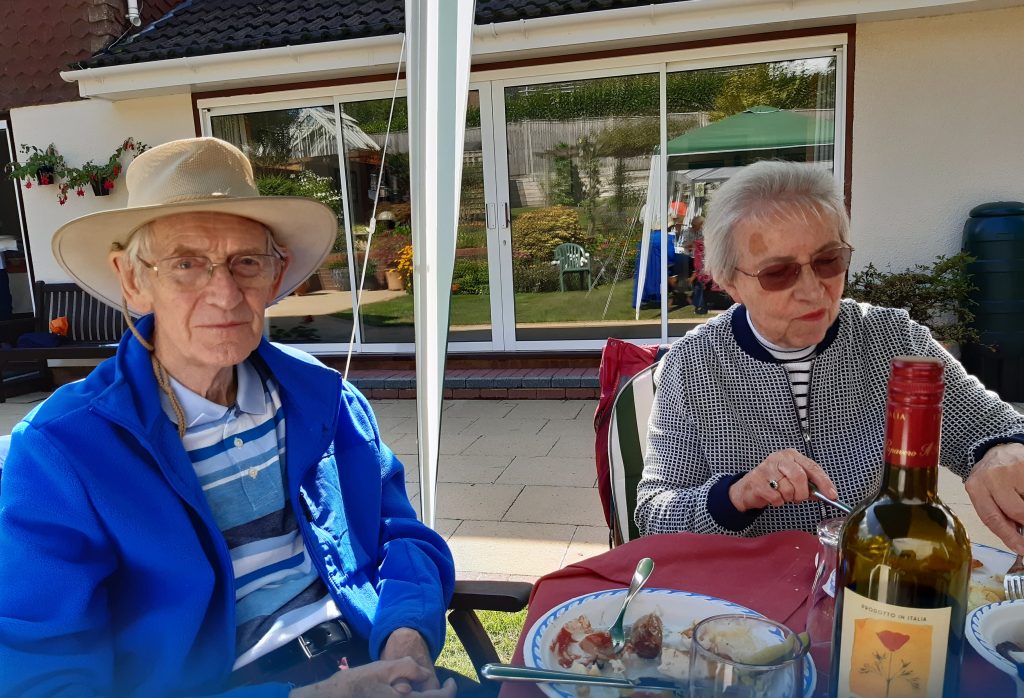 Finally and briefly, from the car festival yesterday, a photo of Allan, taking shelter in the gallery just after a short burst of rain.

Just testing after putting code back that these still work!